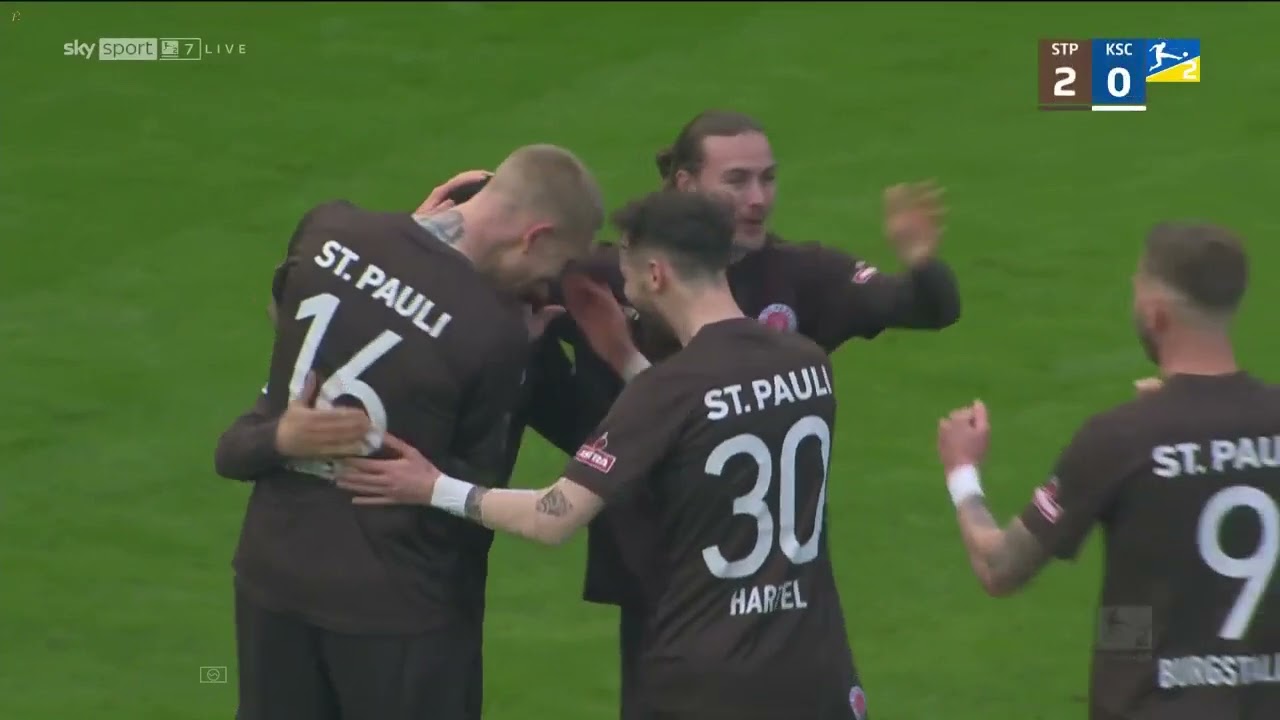 The 1: 1 of the pork hall against FC St. Pauli was already the sixth draw against an ascent candidate since the beginning of December. Everything started on the 16th matchday against the fourth of Paderborn. In the detention time, the SVS achieved the 1: 1 compensation by Bashkim Ajdini.

In the following weeks, there was the same result against the Hamburg SV, in Heidenheim, in Darmstadt, in Bremen and now again. Sandhausen has lost only two times (5/8/2) since then. And so the SVS in the back round table is found in fourth place and provides the best defensive in this section (eleven opposite direction).

Drewes confirms: "Do not let us worry"

The approach is always the same: working football, compact, playfully mostly superior opponents entertoures and slammed the front ice cold. It was exemplary for this on the 28th matchday 1: 0 in Bremen, when Sandhausen went to lead after over an hour with the very first goal shot.

Who believes now, you have to go straight to a rather destructive opponent who is wrong! Because the match plan of the Schwartz-Eleven is not automatically obsolete with a residue. Instead, the pork halls preserve the rest until the final whistle and show morale: in the games against the top teams succeeded three times only after the 80th minute of compensation. "We do not worry about residues and believe it until the last second," confirmed Keeper Patrick Drewes at the "Sky" microphone.

Trainer Schwartz had never lost faith in his team and instead almost clairvoyant skills. "I said at the half time that a hit can fall in the 90th minute," says the 55-year-old. He should keep right. Because Dresden also took a counter, the SVS was able to keep the distance on the relegation place: four games before the end of the season, there are six counters in place 16.